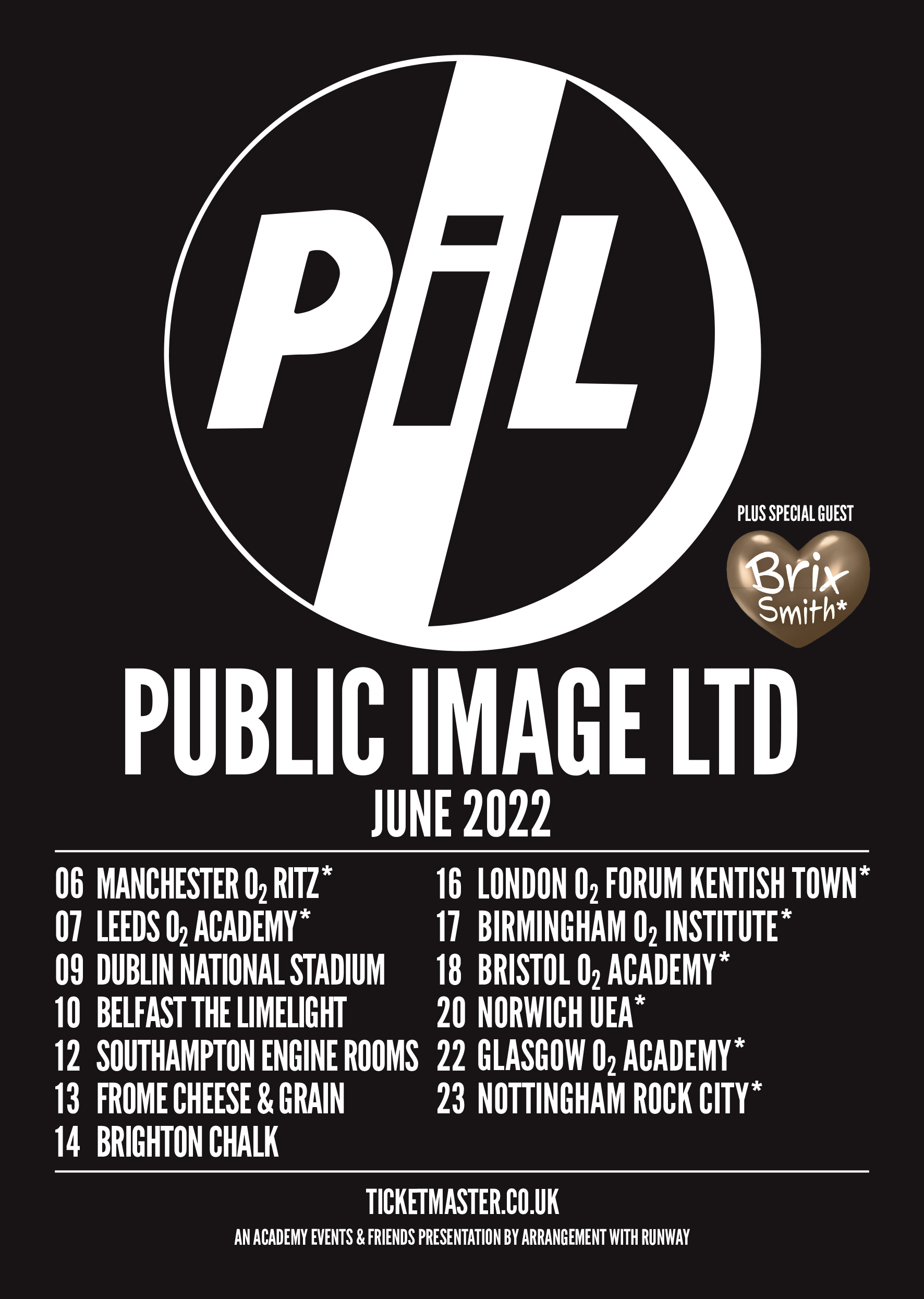 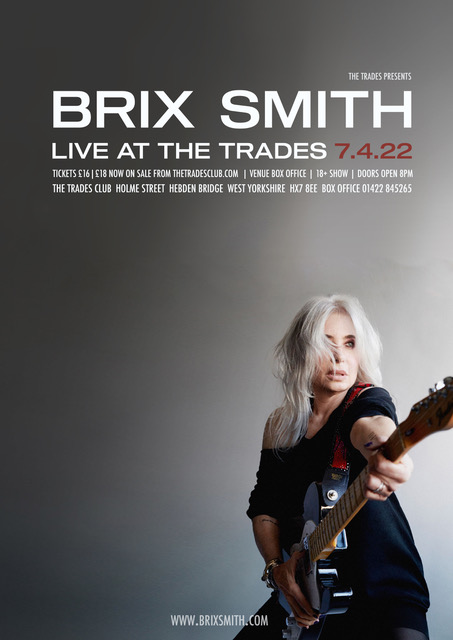 Brix Smith – singer-songwriter, guitarist, author, actor, fashion commentator, and stylist; a high-profile life in music, television and the arts took shape after a chance meeting with Mark E. Smith at a show by post-punk icons The Fall in Chicago in April 1983, ultimately propelling her across the Atlantic Ocean, taking LA-born, Illinois-based Brix to a new life in Manchester, Northern England … and her destiny.

Almost two decades on she bounced back with a critically-acclaimed memoir which in turn proved the catalyst for a return to songwriting, recording and performing, this time at the forefront of much-praised five-piece Brix & the Extricated, five years of compelling live shows following, with three happening LPs inspiring rave reviews.

With the Extricated currently on hiatus, she’s now taking a fresh solo direction, releasing an album of brand new recordings as Brix Smith, the LP’s vibe described as ‘dystopian California’, working with Killing Joke bass player and production legend Youth, writing and recording in Spain and remotely – from her bedroom in Shoreditch, East London, amid pandemic lockdowns – on a set of new songs she says, ‘I’m really proud of’.

‘This is the record I wanted to make before The Adult Net, and serves as the perfect follow-up, more than 30 years later. With Youth I’m able to realise what I always heard in my head but was never previously able to put down on tape. It’s taken a lifetime of listening, learning and grafting for everything to fall into place.’

‘I’ve put together an all-woman band for this project. It’s time for me to standup and put my head above the parapet, put my money where my mouth is, having been a strong woman in the music industry for however many years. I’m gonna make the mother**** of all-girl bands’

Brix accepts the Music Moment Of The Year award on behalf of Liam Gallagher at the NME Awards Mar 3, 2022 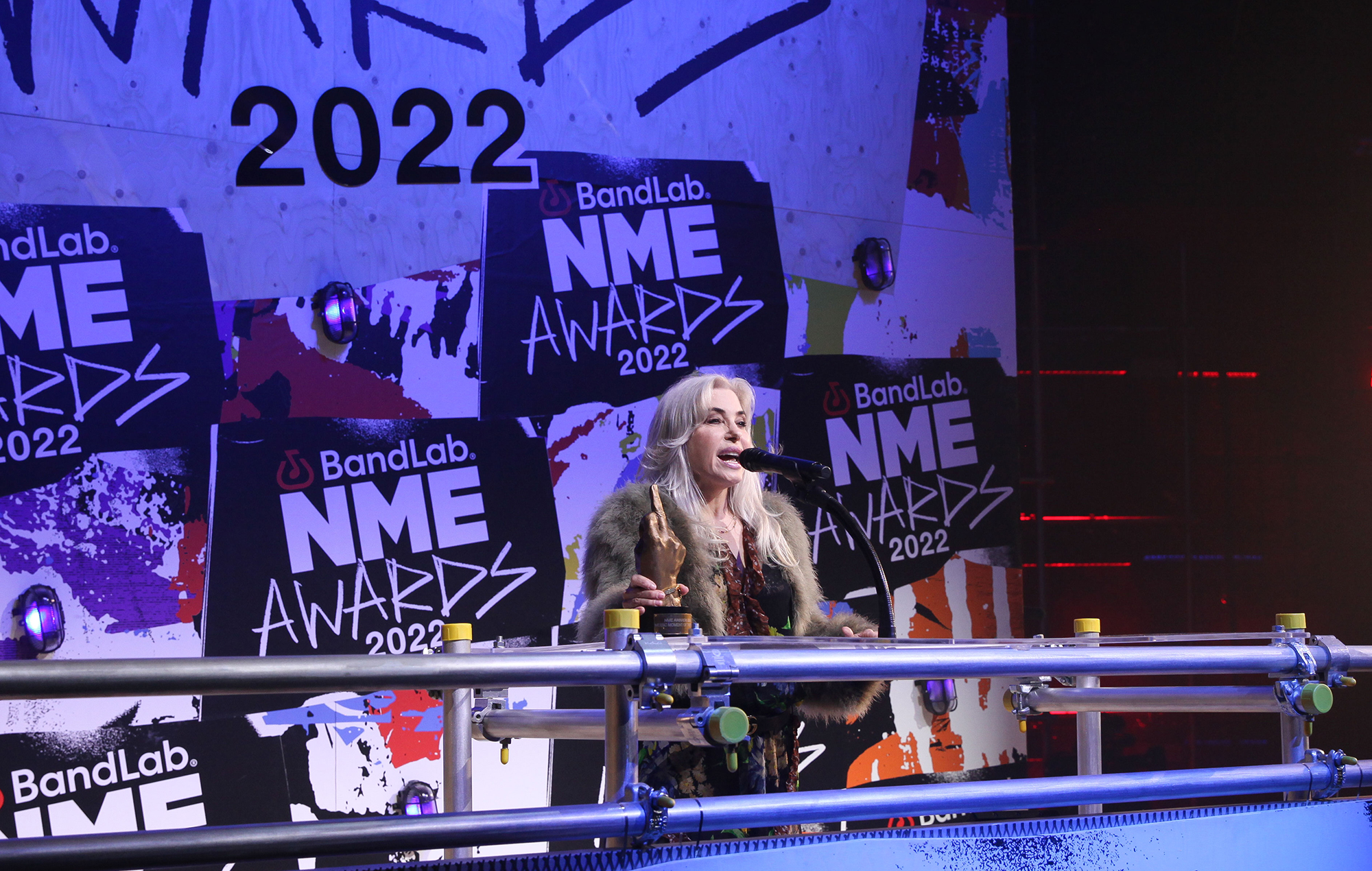 "I'm a big fan of his," Brix said of Gallagher. "I've known him for a long time and what he did for the NHS was absolutely fantastic!" Full story here

The Fall veteran Brix Smith has revealed plans to release a solo album called ‘Valley Of The Dolls’, as well as sharing details of an all-female live supergroup featuring members of My Bloody Valentine. NME Full story here 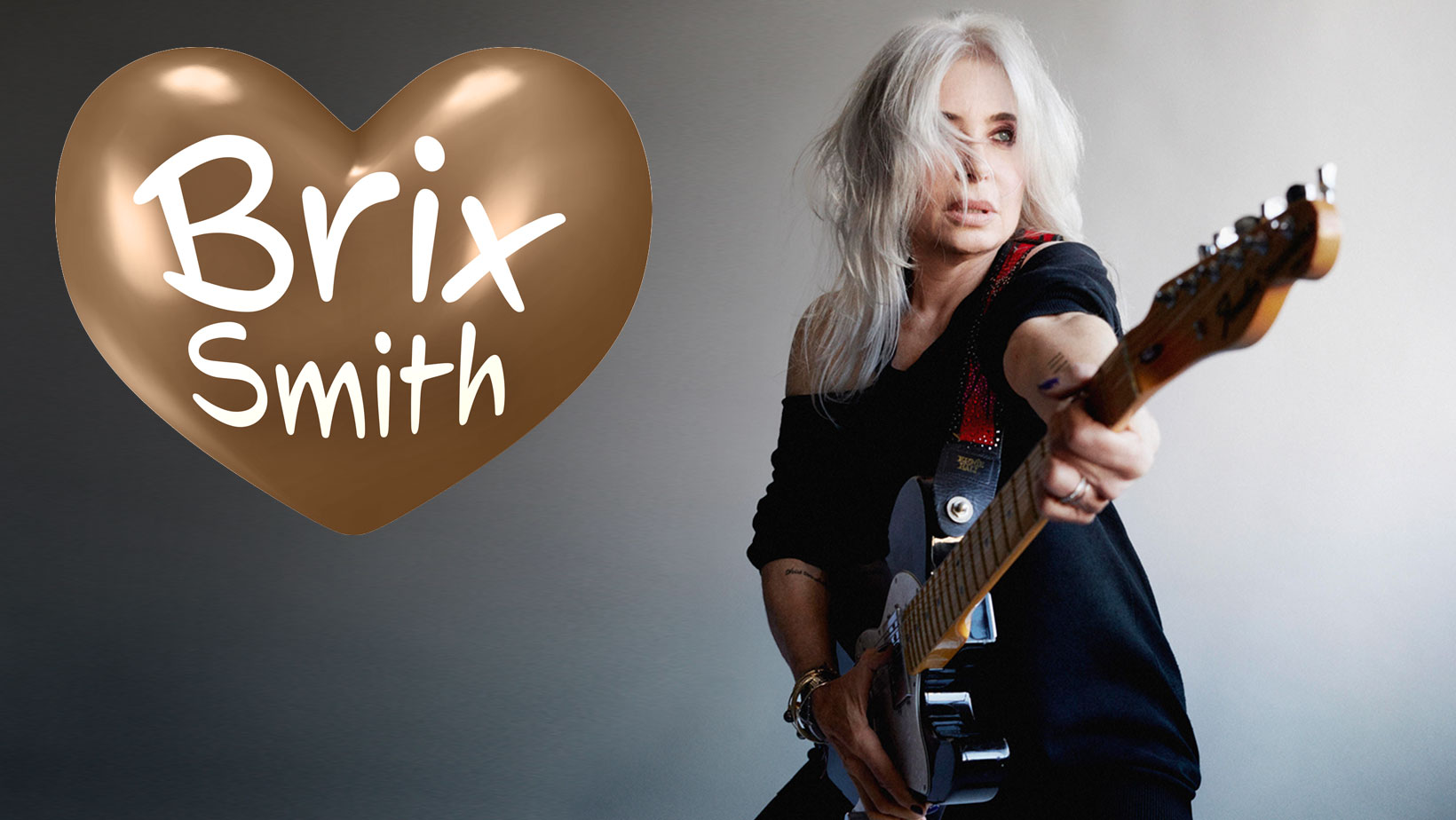 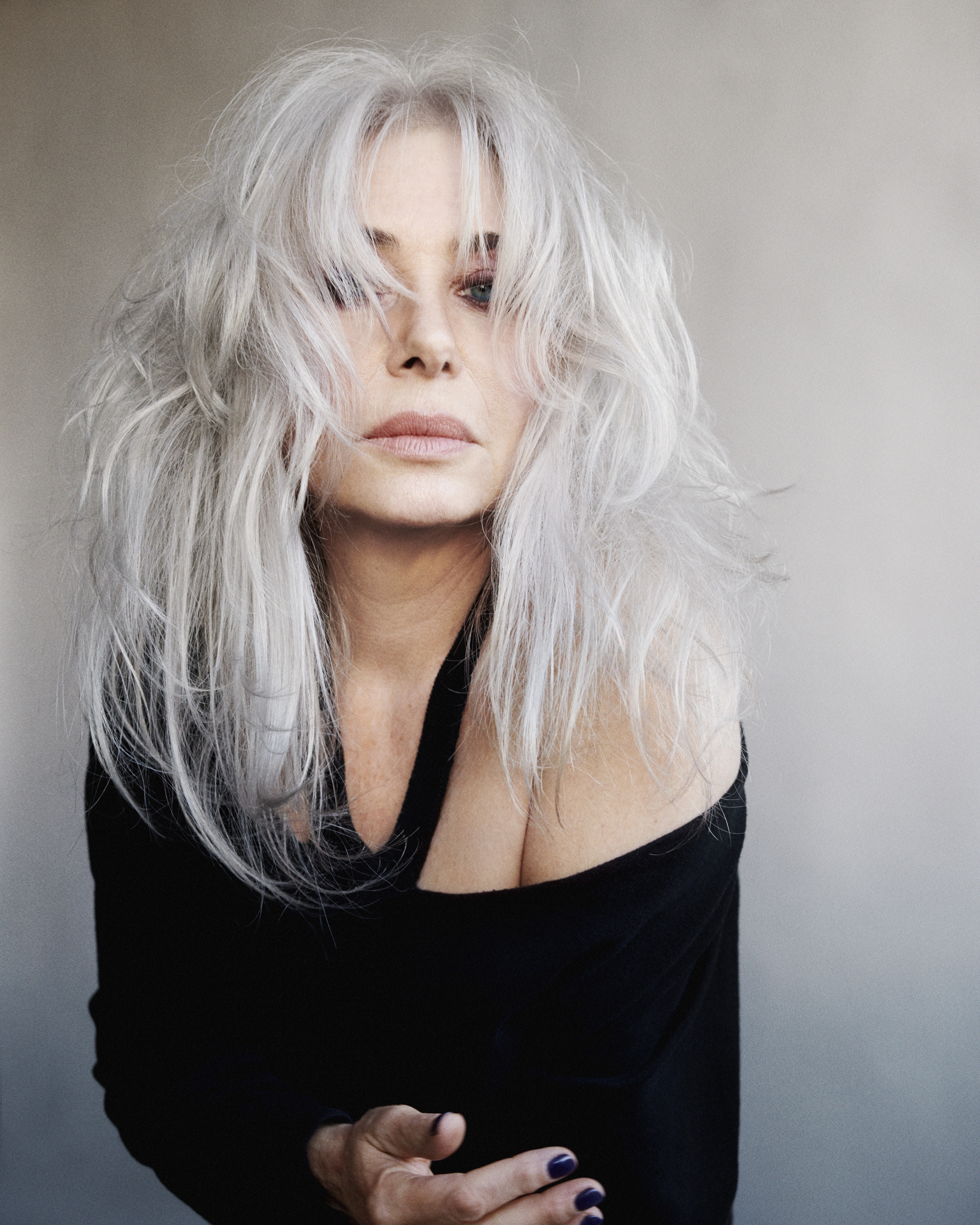 I am thrilled to be President of The F-List for 2021/22. I will endeavour to raise as much awareness as possible, while continuing to fight the good fight musically, and to level the playing field once and for all.
The F-list is an incredible resource and a highly valuable support system for females* within in the UK music industry. At long last there exists a vehicle which collates our talents and skills across multiple facets of the music industry, connecting us, supporting us and highlighting our assets to the wider world. The time for inclusivity and diversity, in all aspects of life, is now. I am proud to be a contributor in this change. I believe that being a woman is my superpower. So let’s harness all our superpowers and change the landscape.” Brix Smith . Photography by the great @paulscala 🖤 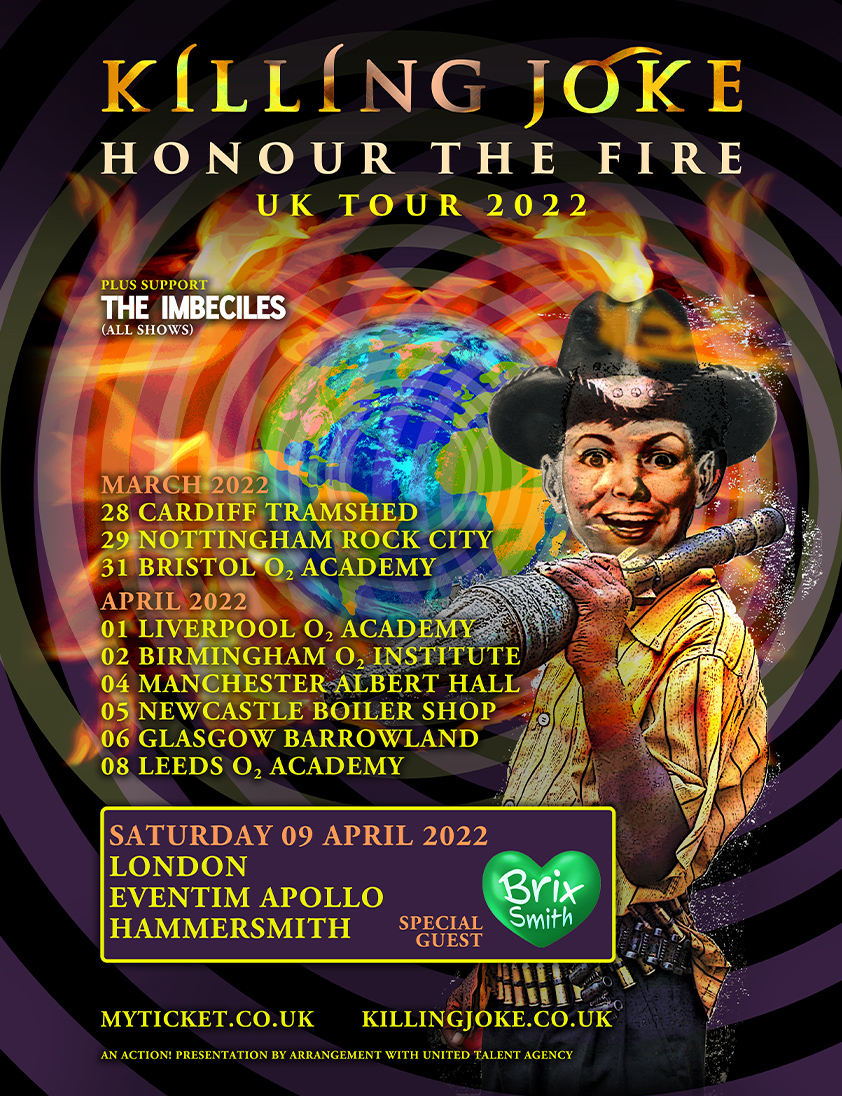 What an honour to be the special guest for Killing Joke at Hammersmith I’m excited to be unveiling my brand new band and debuting songs from my upcoming solo album co-written and produced by the legend that is Youth. Tickets - http://www.killingjoke.co.uk/tour 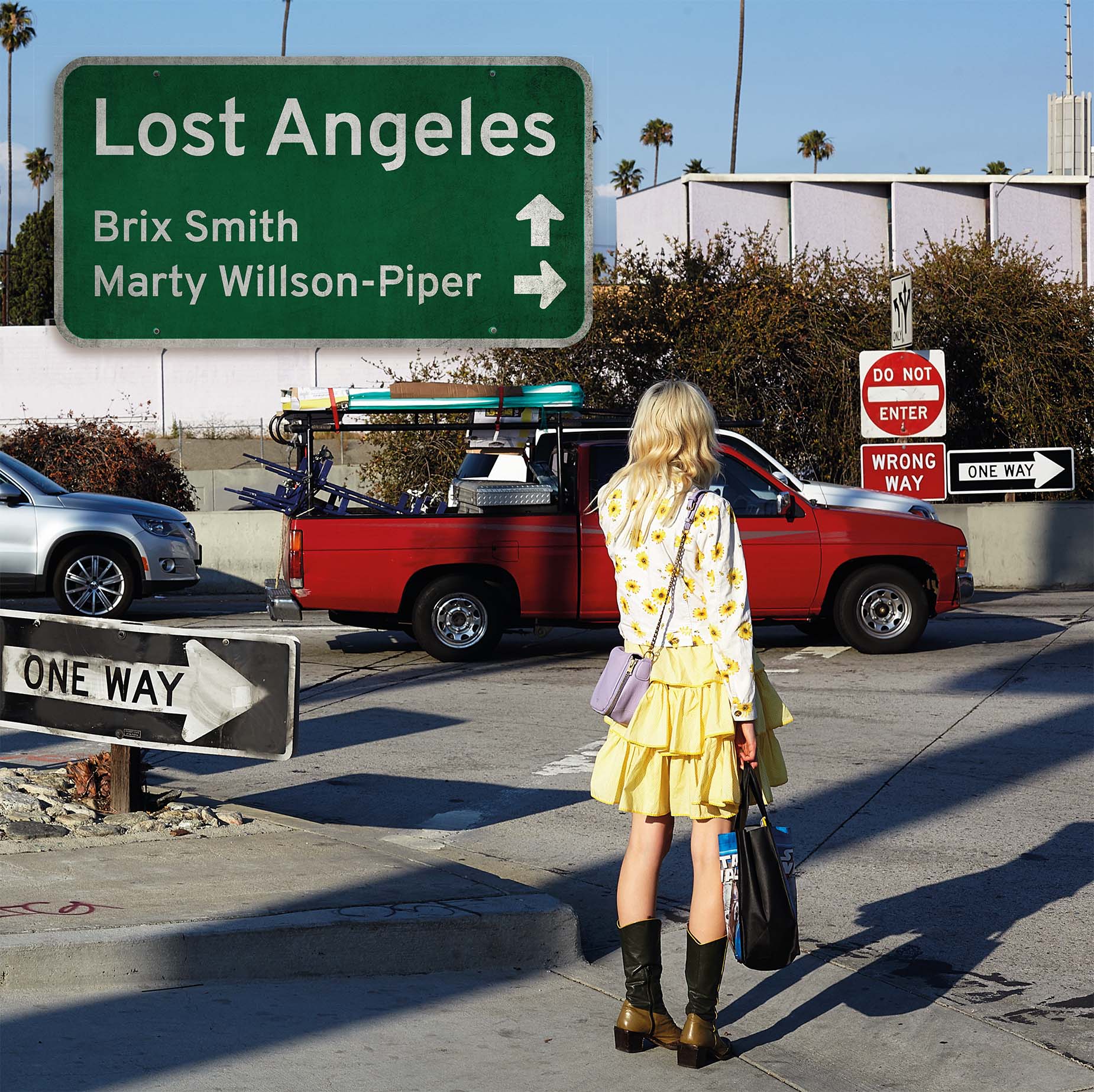 On 17 December 2021, legendary musical pioneers Brix Smith and Marty Willson-Piper will release the album ‘Lost Angeles’, which was originally recorded in 1997, through Brix’ label Grit Over Glamour / Cadiz Music. The album will be preceded on 15 October 2021 by the first single ‘Backwards’.

‘Lost Angeles’ features some of Smith’s best work to date. Originally intended to be a follow on from her influential and much loved project The Adult Net, ‘Lost Angeles‘ was written in Los Angeles during her break from The Fall (1992-1994) and recorded in 1997 in Penzance during her second stint in The Fall.

‘Lost Angeles’ (which over the years Brix has referred to as “the lost album”) is the missing puzzle piece from Smith’s long and varied career. A must have for any fan of Brix Smith’s songwriting, and a great starting point for those that are not familiar with her previous work.

The music, which comprises the delicately layered jangling guitars of Willson-Piper and infectious melodies of Smith, is darkly juxtaposed by Smith’s lyrics, which are both painfully honest and excruciatingly vulnerable. This combination creates a dynamic piece of work, which is as disturbing as it is uplifting.

When asked why ‘Lost Angeles’ has taken so long to be released, Smith says, “I was at my most vulnerable when I wrote this album. I was coming out of a devastating break up and I had lost my way mentally, emotionally and financially. I was trying to re-find my identity, whilst grappling with my mental health. I had lost my confidence and felt too raw to release it. I worried that by exposing myself so honestly, I might have to face possible rejection from the music industry, and that was something I feared I would not have been able to handle emotionally. Thankfully, I’ve gone through the dark tunnel and come out on the other side. With hindsight, I realise this a defining piece of my musical journey. I’ve always known how good this album is, but it is only now that I am confident enough to release it. Everything comes in its own time. The timeless nature of the music and the universality of the emotional lyrics, make this album just as relevant now, as when I wrote it.”

Now, in the process of finishing a solo album with Youth at the controls, with some intimate London shows at the St Pancras Old Church coming in February 2022, her star is once more in the ascendancy. Hers is a legacy that is set to grow yet further. Known, of course, as the lead guitarist and as a prolific songwriter in The Fall [1983-1989, 1994-1996], Brix is a multi-faceted musician, singer and more. Considered by many to be the first Riot Grrl, Brix published ‘The Rise, The Fall, And The Rise’ via Faber & Faber and is also an important figure in the worlds of fashion, TV and acting. She has also recorded three critically-hailed albums with Brix & the Extricated since 2016.

Far more than just a Cult hero, whilst Brix Smith has repeatedly been reluctantly and reductively cast in the role of the underdog, this is an important, lauded and successful artist who is energised, inspired and set irrevocably on a firmly forward trajectory. ‘Lost Angeles’ was willed back into existence by this force of nature, who creates to live. The time is right for ‘Lost Angeles’ to take its place in the Brix Smith canon: an artist who almost lost herself, but knows exactly who she is now.